I recently received an invitation to attend a free bloggers brunch, complete with Bloody Mary’s. A cynic might have concluded, “there is no such thing as a free brunch” and declined the offer…I did not!

The stated aim of the venue offering the brunch, was to test run the menu prior to the its launch date,  scheduled for a week hence. They were keen for those present to comment on the quality of the food, the menu’s proposed pricing and service. I’d considered they might expect a favourable blog review. Didn’t they know I wasn’t a food blogger?  I wondered how, as an amateur blogger, more used to writing about my ways of remaining well,  I’d pitch my piece.

What I’d particularly liked about the invitation was that it stated the event wasn’t primarily about networking. The brunch was advertised as an opportunity for we guests to have a leisurely Saturday breakfast, with friends or family. The manager, and another very attentive member of staff, only interrupted discreetly to ascertain our viewpoint.

had networking and brands as a significant part of the interaction. (not quite my cup of tea). Most in attendance at those previous gatherings were more concerned with eeking out an existence from small indie businesses, rather than making mega bucks.

At times I’d been hesitant to attend, would I be the only un-glossy  person there?  Although PR, food criticism and photography might be considered glam jobs, and professionals do frequent these events, I found them a decidedly unstuffy bunch. Their passion for food, writing blogs and photography  was most in evidence.

Naturally enough discussions about mental health are not a feature of these events. It can be disquieting to step out of circles where discussions on lived experience of  mental distress are commonplace. When I do attend, I try to dispel any discomfort I feel by reflecting that of the 20 or so present, most will have experienced life events that are equally difficult. Additionally I keep in mind, 1 in 4 members of the population are affected by mental illness at some point in their life, thus making it highly probable some in attendance are similarly affected. Appearances can be so deceptive.

Eating nutritiously, having an absorbing hobby, and sharing ideas with others has and remains part of my journey on the wellbeing route. Eating nutritiously is perhaps the one I do least frequently or well. I love tasty food and shopping for ingredients, but carrying them often sees me too tired to cook them straight away. Other interests, an inadequate kitchen space are all other excuses I make! Fortunately I know some quick fix recipes and some of Leeds cheap, quality back street eateries.

My companion and I were first to arrive for the brunch, a few blogging/foodie, cultural types sauntered in a bit later. I thought perhaps a nod of recognition would suffice, however many seemed more honed on the Bloody Mary’s, or Bloody Shames!.(all juice, no booze),  Pleasantries were reserved for the farewells, perhaps it was the post brunch, soulful, bluesy live guitar music, or the affect of the Bloody Mary’s, but people did seem more convivial by then. More used to seeing some with their other hats on, it was nice to find out a bit more about them while in leisure mode.

I felt a level of obligation to write a blog about.Soul Kitchen, my friend and I both enjoyed the Johnny cakes with eggs that we had chosen, however writer’s block had me seriously in it’s grip. Other writing and reading goals had me challenged, but I recalled the comments of a professional writer who’d said they were dubious about people who say that writing is their passion. He quipped they couldn’t be doing it right, which implied he too found writing, his chosen profession, hard. These comments helped me to stick with my attempts to transfer the ideas which swirl in my mind, in to typeface or on to paper.

In summary eating from the Deep Southern, Carribean, Creole influenced menu was no hardship, it was a very pleasant experience. I’ve since returned, the quality and taste was just as good. The pricing might mean it will be an occasional treat. Those watching pennies and calories, might choose the Fruit Loops. The venue, Soul Kitchen is situated in the airy space of the The Wardrobe bar, (opposite the bus station), an aptly named place to slip into something casual….perhaps not your pjs. 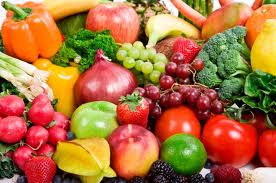 I’ve always intended to eat better, ever since meeting Danny 30 years ago, the macro biotic juggler who could walk backwards down the stone steps in my garden juggling 5 balls. There must be something in it, I thought. However I don’t have that kind of discipline – never juggled more than 3 balls (badly), and rarely been able to eat well for very long. But I can see it makes sense, and that generally the more attention I pay to what I eat, the better I feel.

About 10 years ago I won a copy of Amanda Geary’s ‘The Food and Mood Handbook’ and it really impressed me. Browsing through it now, I read ‘food is more than fuel to keep you going, and what you choose to put in your mouth can influence the state of your mind. Greater control of your moods and energy levels is possible through exploring the links between diet, nutrition and emotional and mental health.’ The only thing that stands out in my memory is how brilliant sweet potatoes are – I don’t think I ever touched one before, but I’ve enjoyed them ever since. I’m ashamed to see that my rizla paper marker is stuck at page 23, and that I never got on to chapters like ‘Brain Chemicals and Gut Feelings’, ‘Caffeine and Chocolate’ or ‘Good Mood Foods’ (there are tons of them). Why is looking after myself such hard work?

Anyway now Leeds Mind’s Peer Support service, which has already been the subject of a post on these pages in March, is about to run a six week Nutrition and Wellbeing Course, aimed at providing us with an understanding of basic nutrition and how it can affect our mental wellbeing. They say “using fun and interactive tools, and discussing our positive and negative associations with food, the sessions aim to improve our ability to make healthier, balanced food choices that will help our mental and physical selves.”

Sessions will include; Food and Mood, Basic Nutrition and Eating Socially. The course will run on Tuesdays, 1:00 – 3:00pm, 4th June through to 9th July.

They want to be sure that attendees feel they will get what they need from the course before attending, and want interested persons to meet with a facilitator, who will explain the content of the course and what it involves. The bad news is that meetings will be held tomorrow on Friday 24th May, from 12.00 – 4:00pm at Clarence House in Horsforth – sorry it’s so late in the day telling you this. The meetings will be on a one-to-one basis (rather than a group activity), and will be 15 minutes long. To book one you need to ring Leeds Mind on 0113 305 5802 or email luke.rushworth@leedsmind.org.uk

The publicity also says that If you will struggle with attending on 24th May, a telephone call may be arranged at a time that suits you, so even if you pick up this information after the event there may still be a chance of getting on the course. Go for it. Remember, you are what you eat, and you don’t want to be a pork pie all your life, do you?

Having fruit for breakfast is a great way to start the day!

Most of us know due to a successful NHS campaign that we need to aim for  5 portions of fruit and vegetables a day.  Eating well is so important for both physical and mental wellbeing.  However sometimes it’s easy to slip into unhealthy eating habits especially during difficult times.

During times of personal stress I found I wasn’t looking after myself as well as I could. I was eating quick snacks on the go such as toast and chocolate and drinking lots of coffee and carbonated drinks.  I really neglected myself during this time and fruit and vegetables weren’t high on the agenda. Sometimes it’s difficult to break an unhealthy eating spiral. But breaking that spiral can really help increase emotional and physical wellbeing.

A great way to start the day is to have a healthy breakfast.  If it feels too daunting to completely change your diet straight away then take little steps.  Try a small step and have fruit for breakfast. Simply add a piece of fruit with your usual breakfast.  A favourite of mine is porridge with a piece of fruit such as a banana or some berries.

The NHS choices website has 5 A Day tips to eat well and live well.

Try and make healthy choices which benefit you!